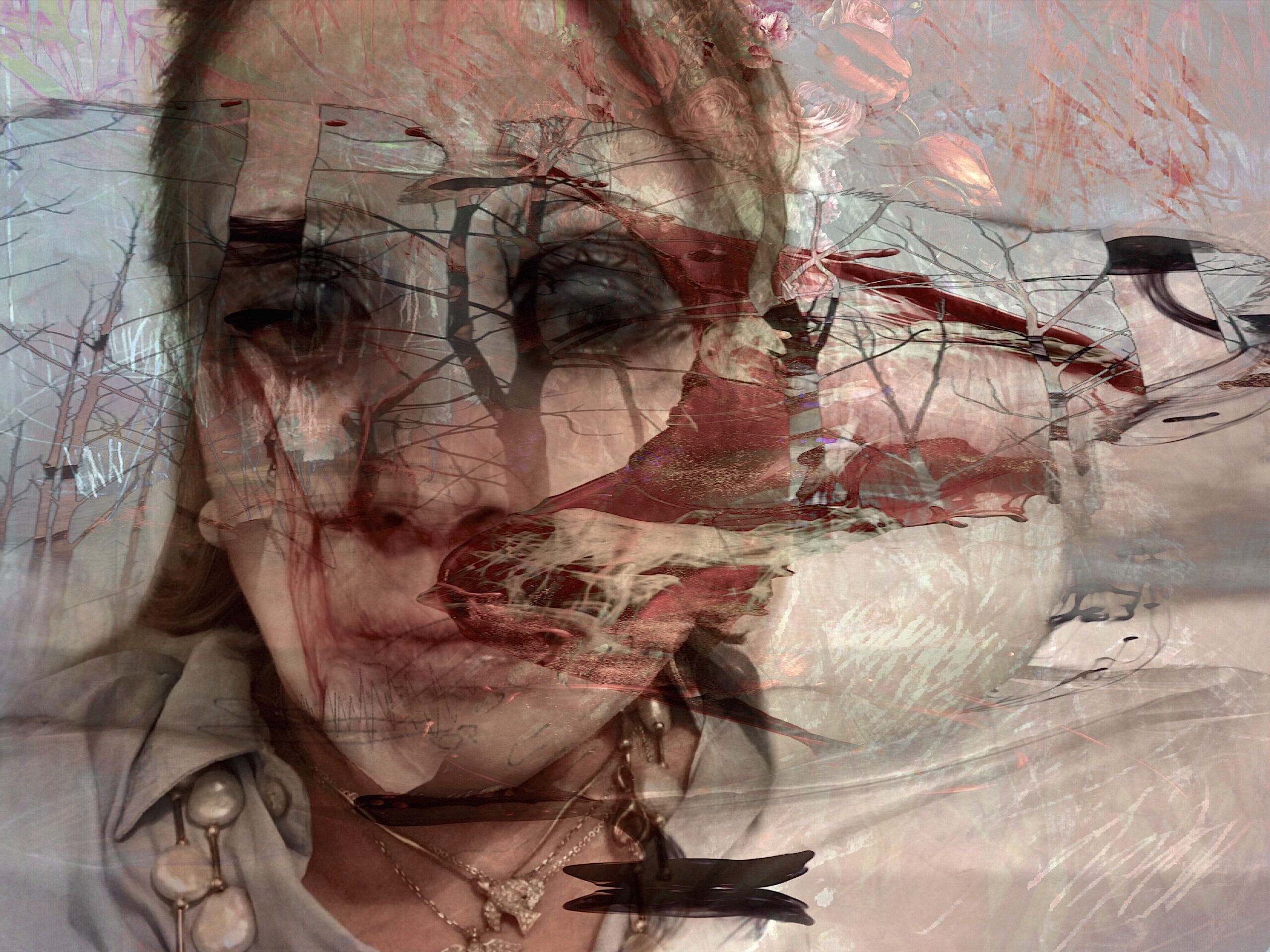 We are delighted to publish our second Mobile MasterPeace Interview, as mentioned in our Sunday Showcase, 26 January 2020. M. Cecilia São Thiago is a talented mobile photographer and artist, she is also our Portrait of an Artist Editor and Mobile Movies Editor such is her gift, we also offer her work for sale, strictly in single limited editions within our unique online gallery. Apart from the obvious natural talent Thiago displays in her artwork, we also adore her sagacity, she uplifts, inspires and empowers all who read and view her work. Thiago could gracefully convince us of anything, her passion for Klimt, her love for the latest photograph, her views on the conventional notions of beauty – they all start to feel like treasures and her sensual rapport – a joy. “The work I do today has actually the same origin for identity that I started many years ago when I revealed my photographs and used ink over the printed image to modify my entire face … Mobile art helps me know what goes on deep in my soul… and knowing me better is a way of having peace“, she explains. Enjoy!

If you could choose to keep only one work of your own art, what would it be and why?

For me, it is completely impossible to choose only one work of art. I have photographic works that I love still, made in college, others that I have done in recent years with iPhone and iPad, but as I have a very intense production of works, I always fall in love with the latest photograph, but that doesn’t mean I could choose a single one. 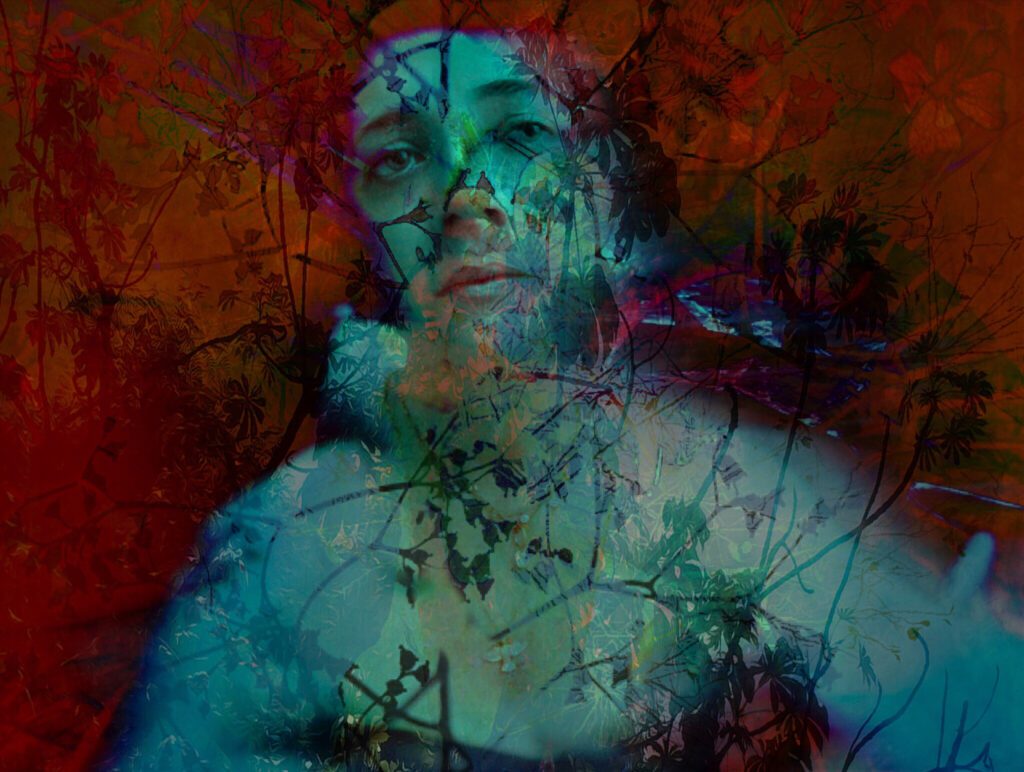 Is there a cultural experience that changed your perspective of your vision of the world today?

Living for 6 years in a cold country like Germany and learning a difficult language and culture completely different from the Brazilian “Latinity” was a huge challenge that changed me forever.

I was always passionate about the work of Klimt, Schiele, Hundertwasser, and Oskar Kokoschka and I already knew them in Brazil, but in Germany, I was not only able to get closer to their work, and understand from were come the lines in his works but to fall in love with others northern artists like Horst Janssen, Ernst Fuchs, Rainer Fetting, and Paul Wunderlich to name a few.

The use of figural distortion in place of conventional notions of beauty with its emphasis on contour, graphic marks, and linearity enchanted and influenced me forever. 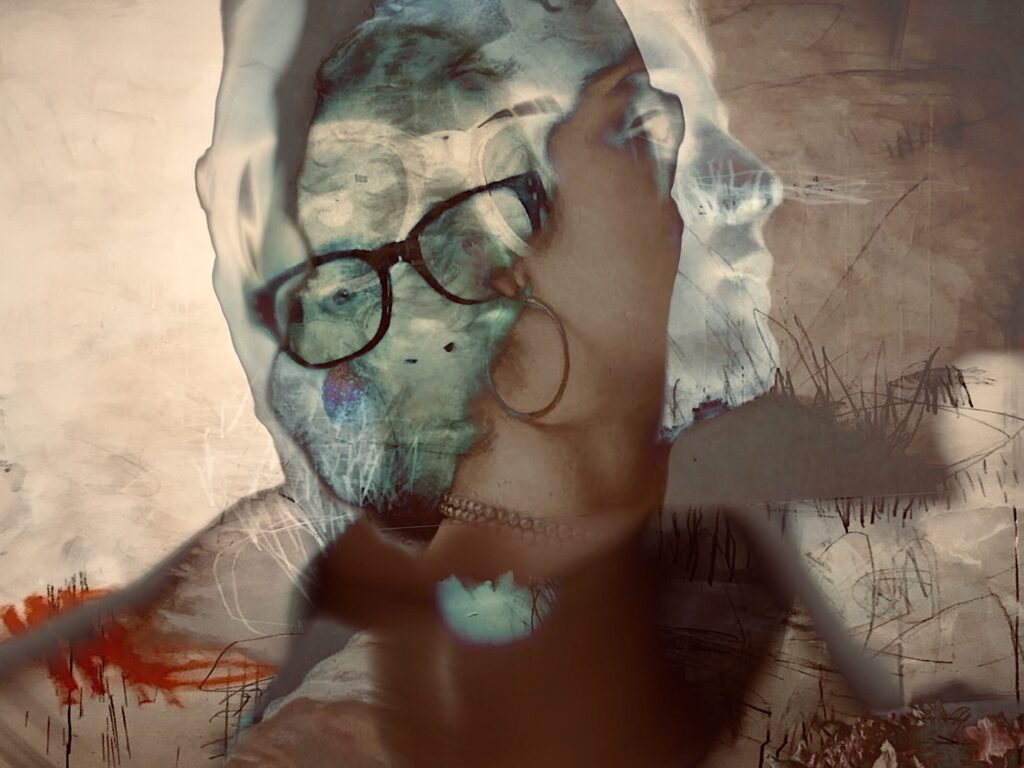 Whose and what artwork most challenged your way of thinking?

It was definitely an exhibition about Hundertwasser that I saw in 1980 at the Rio de Janeiro museum that made me stop everything, rethink the art and everything I had learned so far.

The concern with the environment and the trip in his boat seen in a film during the exhibition changed my way of seeing the world. 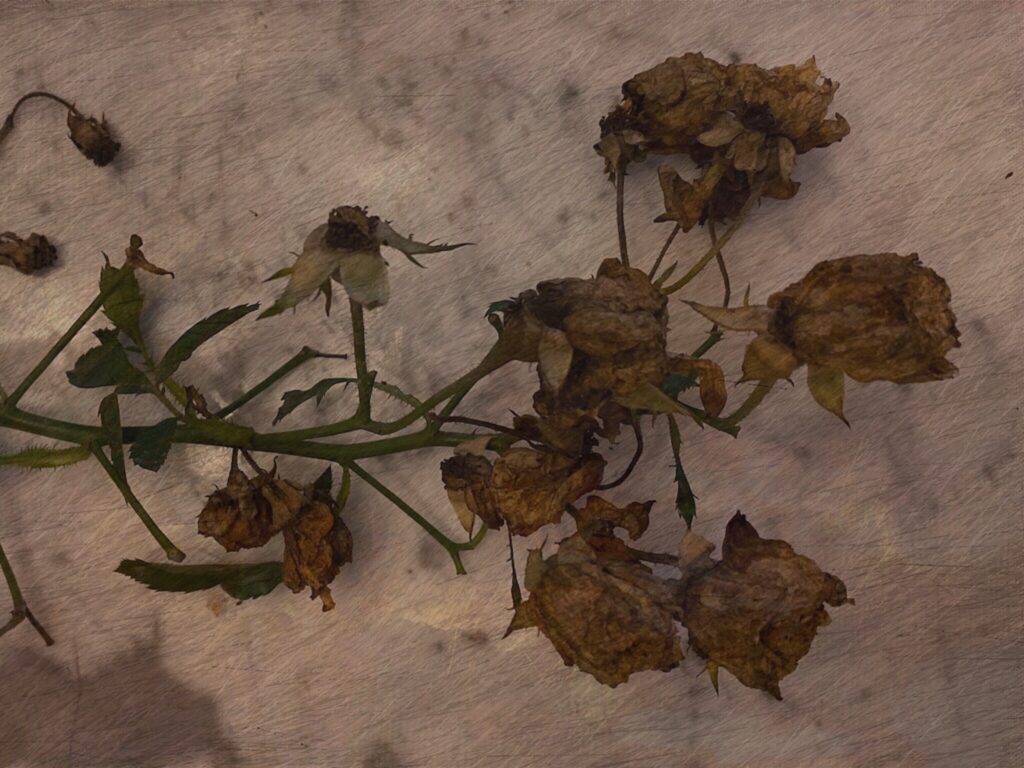 Which artist do you admire and return to the most?

In an interesting way, I have an admiration not only for one but for several artists. What is strange and which I have not been able to explain to this day is because I have this passion for Austrians.

Klimt, Schiele, and Hundertwasser have always been my daily inspiration and will continue to be. 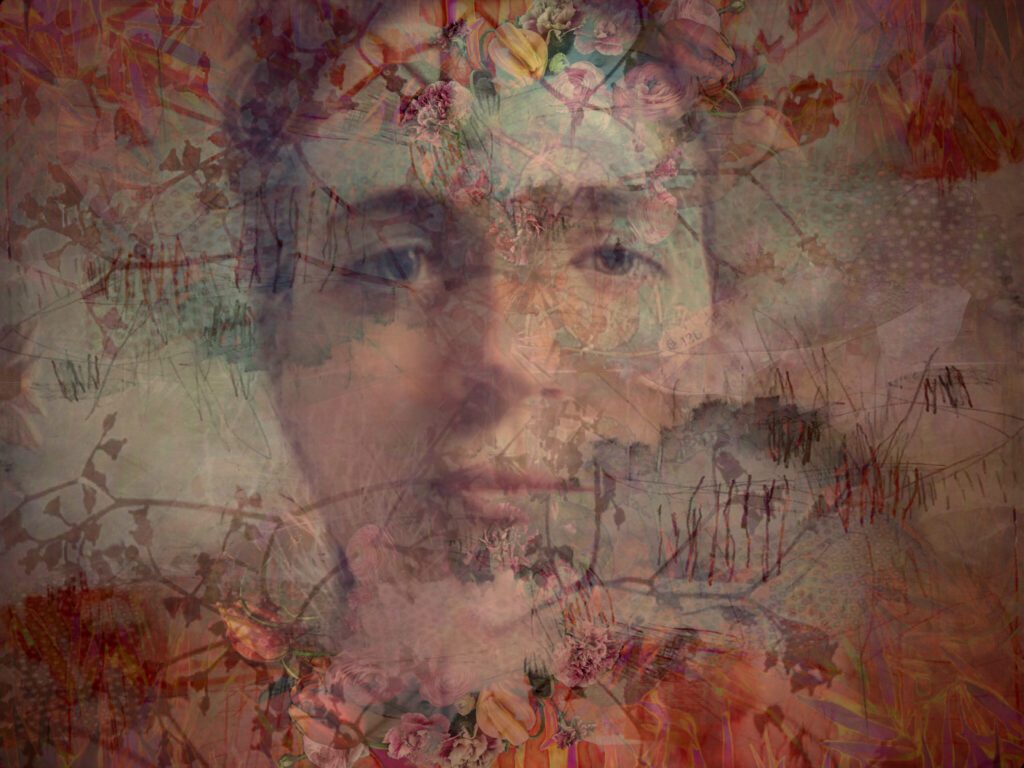 Many artists and their work are under-appreciated at the time they were producing only later for art historians to “rediscover” them or call them “visionaries, ahead of their time”.

The most overrated is Romero Britto without a doubt !! He is a Brazilian painter, sculptor, and serigraphist based in the United States. Considered one of the most prestigious artists by American celebrities, he has painted pictures for personalities like Michael Jackson, Madonna and Arnold Schwarzenegger which to me means, nothing. Alias has only one thing I hate more than his work, and that is Newborn photography.

Furthermore, objectively, painting or work of art may have little or no appeal to the public, but it arose at the right time and in the right place and became extremely influential across an entire genre or group of artists whose work took the center stage or directed aesthetics like a population. In these cases, looking at the art itself is not enough to judge the artist, because it does not take into account the context.

Having said that, I have to say that I was never a fan of conceptual art that values the idea behind the work more than the finished product, and sometimes it doesn’t even have to exist. …

The most Underrated however absurd it may seem are:

Caspar David Friedrich was a German painter, printmaker, draftsman, and romantic sculptor, a great landscaper. Friedrich is the purest representative of German romantic painting. Its landscapes stand out for the symbolism and idealism they transmit.

Joseph Mallord William Turner RA knew today as William Turner, a great English painter, musician, printmaker, and romantic watercolorist, considered by some to be a precursor of modernism in painting, due to his studies on color and light. But unfortunately little known to the general public.

And of Course, Hundertwasser, who is not so well known even by art scholars, for his immeasurable work as a painter, graphic, architect and concerned with ecology and the environment

If there is something I am not satisfied with not having seen, it was the exhibition by Klimt, Schiele and Hundertwasser at the Atelier des Lumières in Paris in 2018 with the Ouverture from the opera Tannhäuser  Richard Wagner, my favorite of all the songs with probably the most glorious crescendo ever written… This exhibition was for me. If I had seen it I would certainly have died of pure pleasure. 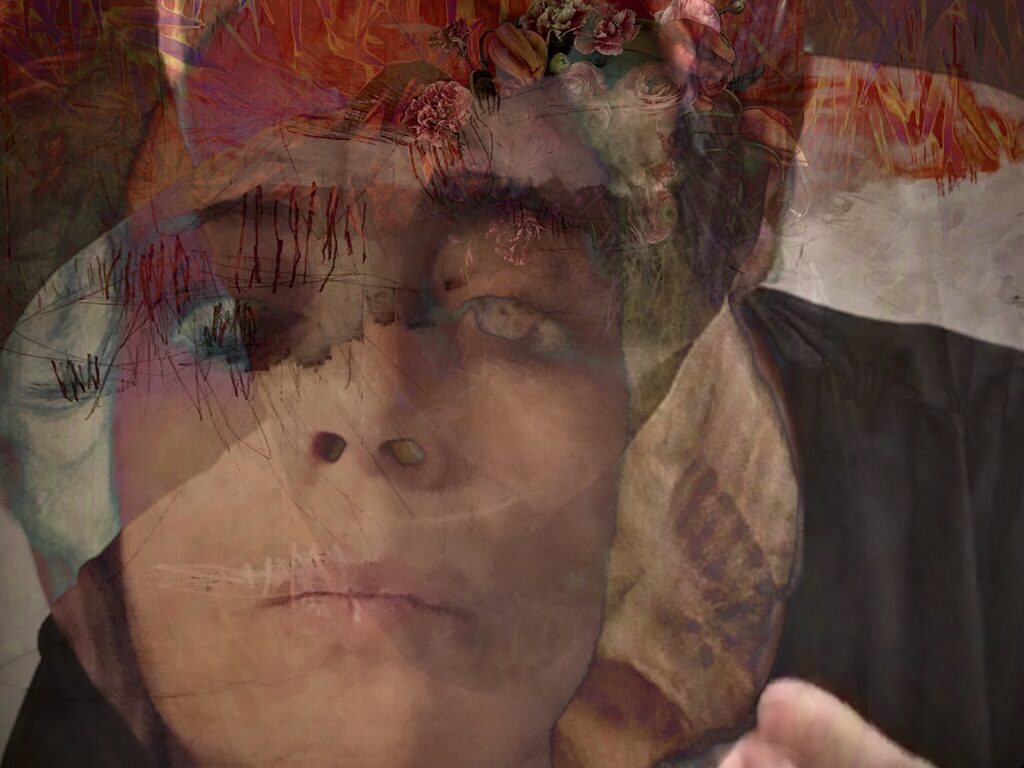 Do you agree that mobile art and mobile photography brings peace?

Inner peace is a characteristic of our true nature. Most people are trapped within their minds, constantly reviewing the story of “me” with its past regrets, lost loves, and dashed hopes as well as trying to recapture treasured moments of success and love. Add to that imagined futures anchored to worries and anxieties about possible outcomes.

Underneath this cacophony of noise is the silent, still, awareness that you actually are, witnessing consciousness of every event that unfolds before you in the environment and within you as thoughts, emotions or sensations.

It is the discovery of this witnessing nature of consciousness as your authentic nature that holds the key to finding inner peace.

I need to listen to music whilst creating art – It doesn’t matter what genre it is, as long as it is on repeat creating a kind of meditation. I enjoy it and it makes me feel relaxed. Music and Mobile art is food for my soul and an instant way to gain peace of mind. 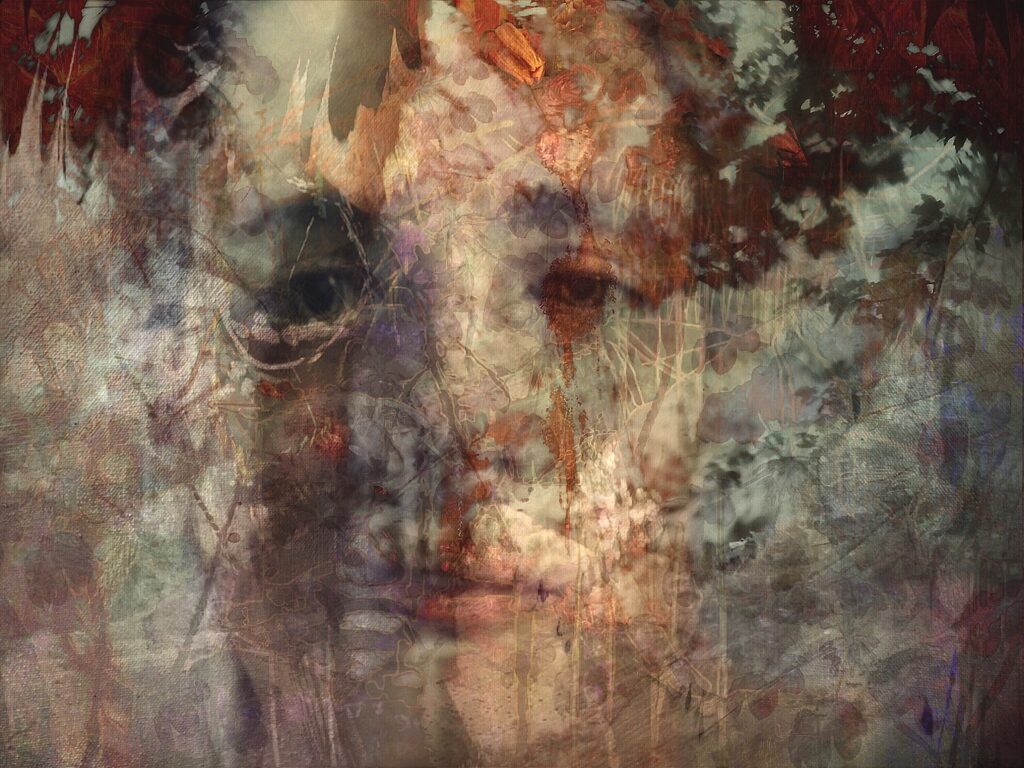 When you create mobile art do you feel at peace?

‪Art for me is in many ways a discovery of myself.‬

The work I do today has actually the same origin for identity that I started many years ago when I revealed my photographs and used ink over the printed image to modify my entire face … Mobile art helps me know what goes on deep within my soul… and knowing me better is a way of having peace. ‬

‪Mobile art is for me a kind of meditation, a useful tool for this discovery as I systematically become more and more attentive to what’s happening in my mind, and then returning gently to whatever meditation technique you are using whenever you notice the mind straying onto other things.‬ 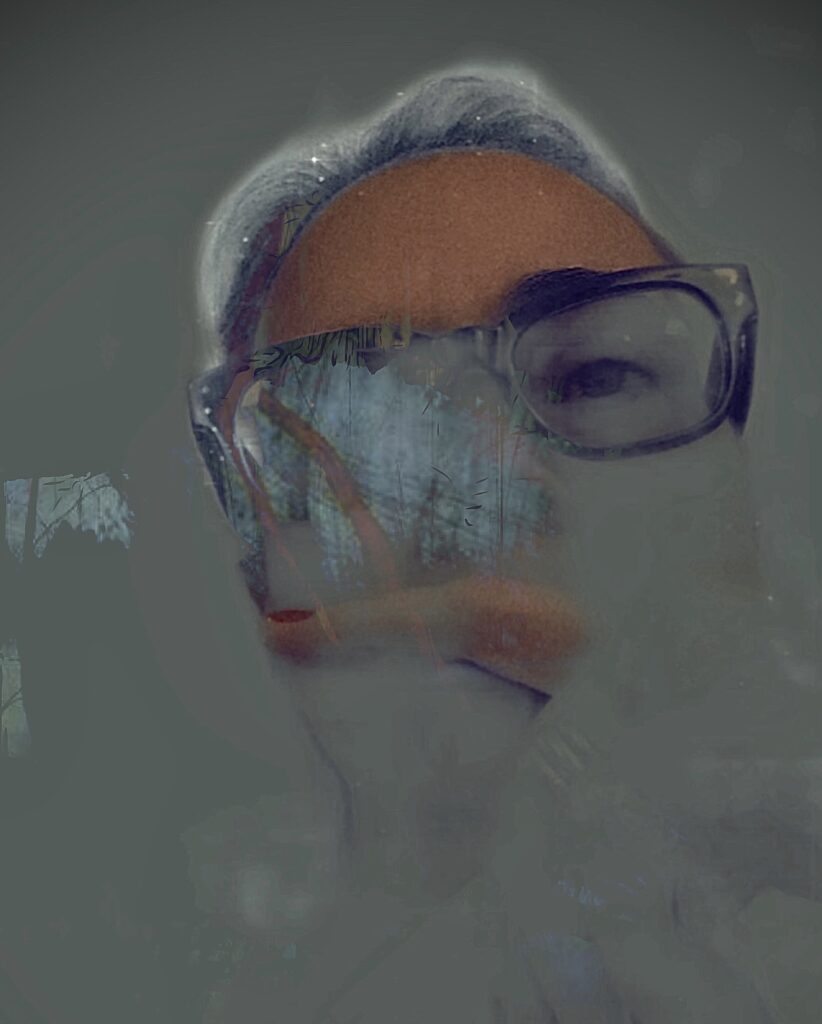 It is well regarded that female artists are disadvantaged as the traditionanl art market is determined by men – do you agree and why? or vice versa

Is Simone de Beauvoir’s famous epithet — that one is not born a woman but becomes one — more threatening in this context than in almost any other?

I’ve tried to bring, in this reflection a work presented in 2017 called:

Investigations on the culture of narcissism and how art was not told through the female eye.

I imagine a whole universe of new questions that arose in the age of selfies:

– the emptying of identities,

– the standardization of appearances,

–  In addition to the culture of narcissism, my work has yet another critical target: the male narrative of art history and, more specifically, the history of photography.

I was first mixing female figures with my face. Then I started to understand this question, and wondered what if my face were mixed with a male figure? I thought about how art is told through men, I thought if I mirrored this figure, then I thought about the many male figures in my life because I am the only woman in a family of 6 children and so I finished this work. 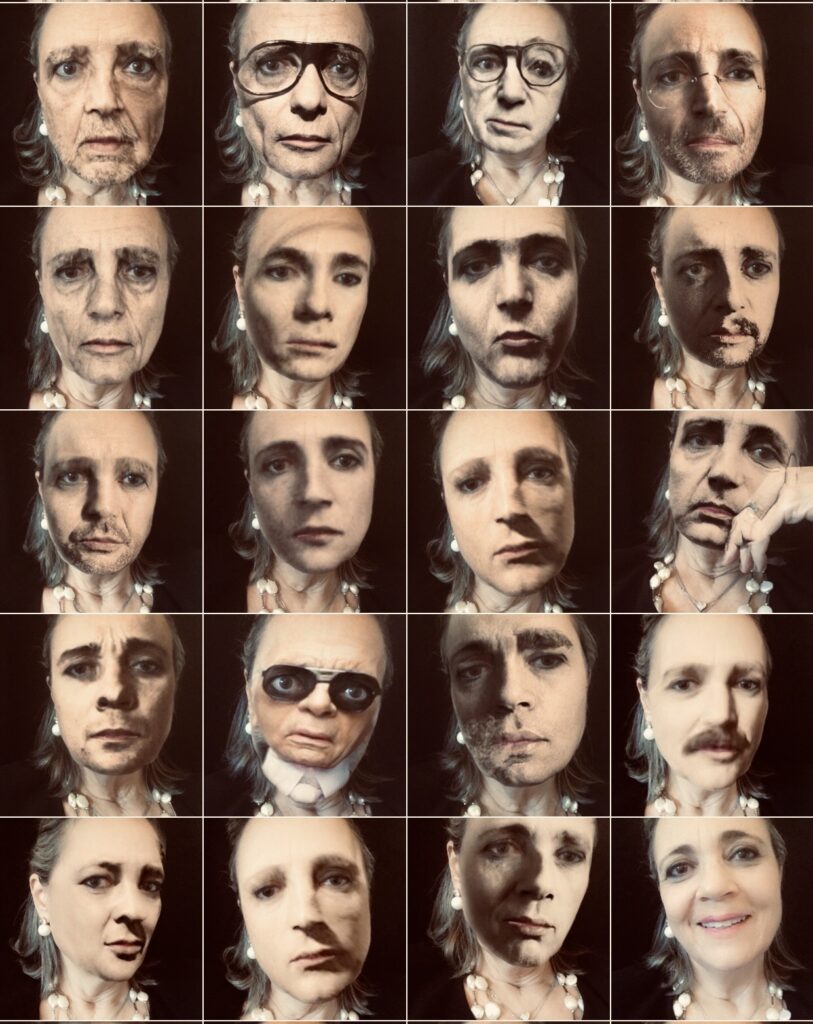 Female artists today need encouragement to rise up the ranks, how would you encourage more women embrace mobile photography and art?

As I always say to friends: Find your strengths and develop them! Don’t waste your time trying to do things that don’t come easily to you.

Take nothing personally (even when it’s personal). Learn to take and use criticism. Make your work a unique art. Protect your work.

It would be too easy and expected to accept the rewards of self-exploitation. Contrary to popular belief it is not an enriching practice of feminist empowerment. Instead, cultivate a critical mind. Always ask questions of yourself, your work and the world around you. Learn to embrace the challenge and avoid settling into a way of working that is too comfortable. This doesn’t mean you should live in a place of agony.

“Avoid participating in “women artists” shows. They are made to keep us constrained in a category as if we are not just artists like men are.” 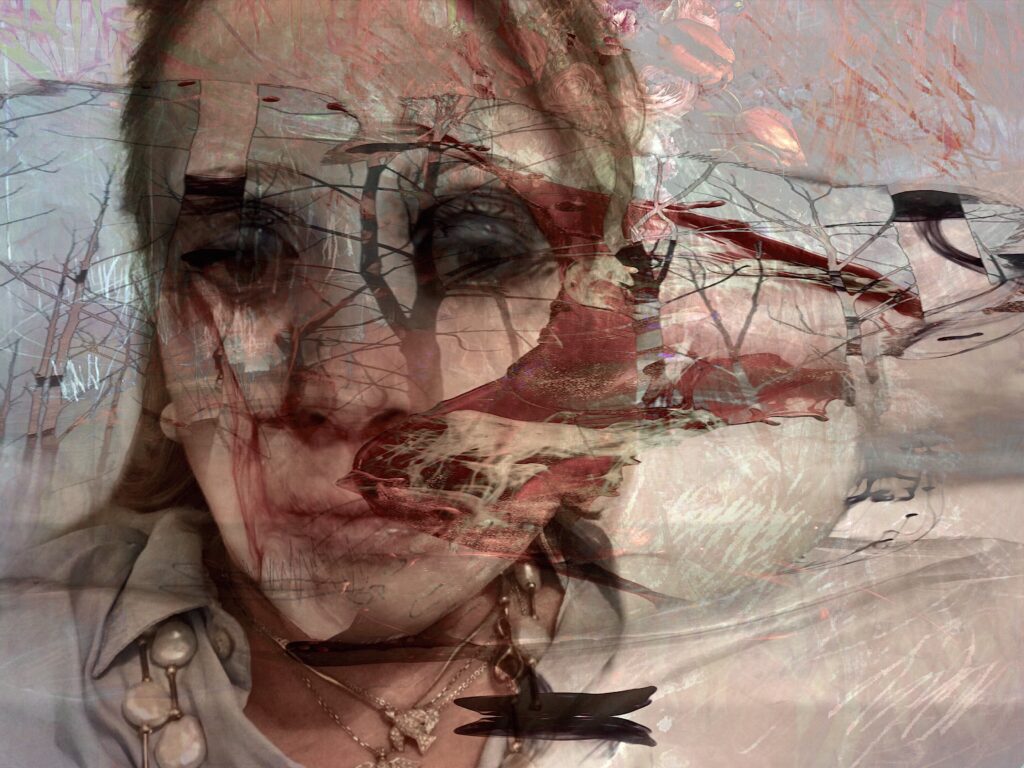 How can mobile photography and art help save the planet in respect of climate change?

Art can engage people in a very deep and personal way, and stir them into action.

Art in this sense is communication; it allows people from different cultures and different times to communicate with each other via images, sounds, and stories. Art is often a vehicle for social change. 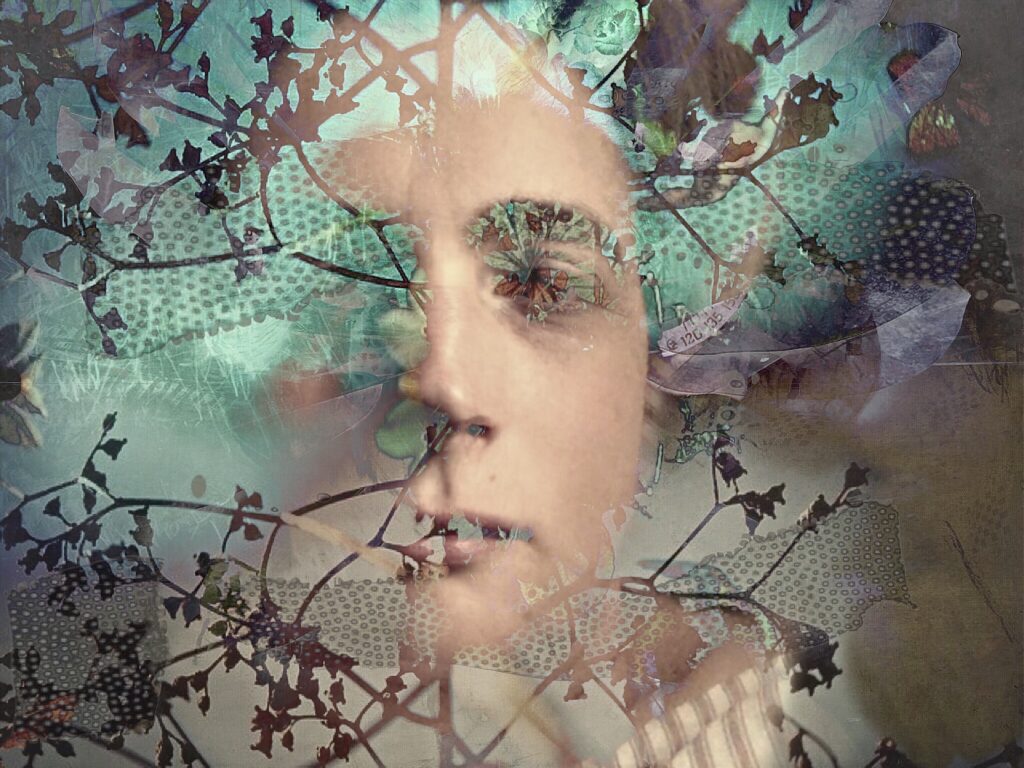 It’s delightful to have been chosen and is included in such a great art experience !!

I can’t thank Joanne Carter enough for the care and thoughtfulness she puts into the entire @theappwhisperer process and the level of talent represented in her site is impressive; Being included here is just the encouragement I needed.